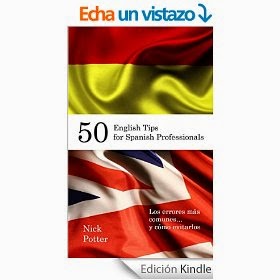 Back in English Tips post (xix), one of our false friends was defend; we learned how para defender que means to argue or support that (something is the case), not “to defend that”.

Que after certain verbs does not translate as “that”.

One of the most important to avoid is below.

Question: Which ONE of A – E below is correct?

Avoid means to keep away from something or somebody (“I’m avoiding the boss”) or to stop or to prevent something from happening (“He managed to avoid getting ill”).

Evitar on its own or followed by an object translates as avoid:

Evitar followed by a verb can be translated as avoid + the gerund form of that verb:

However, it is not correct English to say “to avoid that something happens”.

In these instances, where in Spanish evitar is followed by que, avoid is no longer the right word:

Remember, avoid is used to mean “to stop or to prevent something from happening”. When you need to translate evitar que, it is this construction that you need.

Note that prohibir.. a also translates as to prohibit somebody from doing something.

A is wrong because para evitar que needs to be translated as to stop or prevent something from happening.

B is the correct sentence. Here, “that” refers to something in particular (i.e. ese, esa or eso, not que), what is grammatically called a “determiner”. In this example, “that fate” is managers and creditors reaching the conclusion described in the previous sentence.

C, D and E all contain the same mistake, translating evitar que as avoid that when the construction to be used is avoid + gerund or to stop or prevent something from happening.

*Note: Bonus tip – we say “group company” or “a company in the group”, not of. This is a regular mistake because in Spanish it is “empresa del grupo” and people get into the habit of translating “del” as “of the”.